Ovid in the Latin Library

"Ovid in Rushdie, Rushdie in Ovid,"

Ovid among the Scythians, Delacroix

Thematic chapters include ch.6 Gender and Sexuality, Ch.9 Ovid and the Discourses of Love, ch.14 Ovid's Exile Poetry (a shorter version of G. Williams' essay in the Brill companion)

Speaking Volumes: Narrative and Intertext in Ovid and other Latin Poets

by  Alessandro Barchiesi. Reads Ovid in relation to other Latin poets, treating portions of the Tristia in view of Horace, Virgil, and others. Ch.4, in particular, is largely devoted to examining Trist.2 from various aspects. Look in the Index Locorum at the back of the book for Tristia under Ovid. The numbers in bold are page numbers within this book.

by Adrian Radulescu. The Romanian author is an expert on the ancient history of Dobrogea, gives an historical survey of Tomis and the Black Sea coast, with its inhabitants, at the time of Ovid's sojourn there. Ch. 5 discusses the reasons for Ovid's banishment.

by Matthew McGowan. Examination of the evidence for the process and causes of Ovid's exile in ch.2, especially. This book also has the useful Index Locorum.

by P.J. Davis. Critically examines what is meant by Augustan ideology, what Augustus intended, aspects of the Res Gestae, literary references and views of the Augustan golden age.

Ovid Revisited: the Poet in Exile

by Jo-Marie Claasen. Includes analyses of tone, structure, technique and vocabulary of the poetry; compares Ovid's emotional expression with that of modern exiles such as South African anti-apartheid activist Breyten Breytenbach.
Ovid: A Poet on the Margins

by Laurel Fulkerson. Discusses how Ovid and his poems are situated within a multiplicity of margins: geographic, political, stylistic, etc. This book also examines the way that Ovid represents and confronts power and marginalization in his works.

Ovid in exile: power and poetic redress in the Tristia and Epistulae ex Ponto

by Matthew M. McGowan. Reflects on the theme of exile in Ovid's Tristia and Epistle ex Ponto; analyzes how Ovid framed himself and Augustus in the context of Roman religion, law, and poetry. 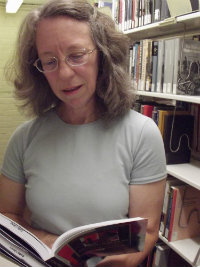