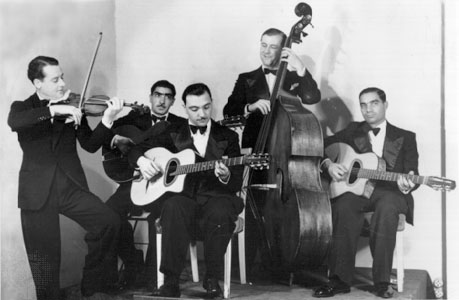 During WWII, jazz was a way of fighting against conformation and the German atmosphere. In 1943 the Nazis banned the word "jazz." Occupied Paris saw a flowering of jazz music not seen there since the 1920s. Item Number: 43719 © 2000 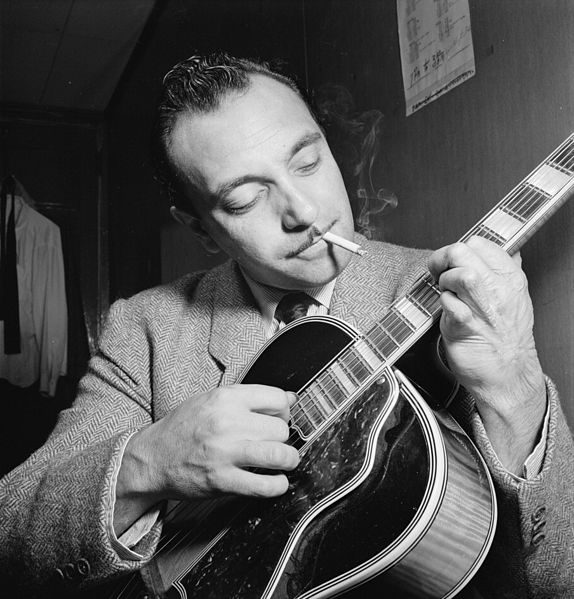 "In 1934 Django Reinhardt was a founding member, with Stephane Grappelli, of the ensemble that became known as the Quintette du Hot Club de France; in the years before World War II the group gained considerable renown through its numerous recordings, and Reinhardt became an international celebrity. He appeared throughout Europe and recorded with many important American musicians who visited the Continent. During the war, while Grappelli lived in Britain, Reinhardt remained in France. He led a big band, then achieved considerable success as the leader of a new quintet in which the clarinettist Hubert Rostaing took Grappelli’s place."  Read more in Oxford Music Online...