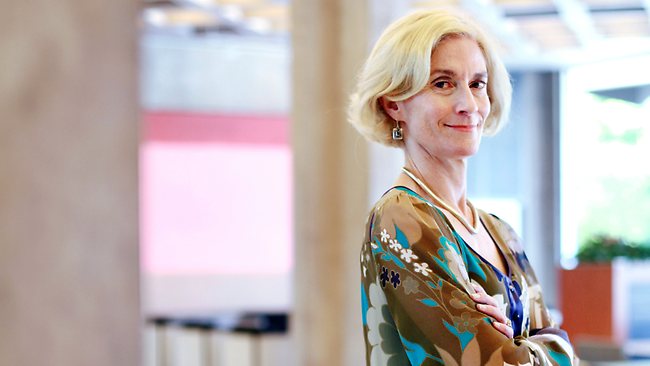 Martha Nussbuam is an incredibly prolific author.  While a few of her more recent books are listed to the right, many more are discoverable by following the links below.

"Nussbaum, co-founder of the Human Development and Capability Association, argues that our dominant theories of human and economic development have given us policies that ignore basic human needs for dignity and self-respect. She presents an alternate model for assessing human development: the Capabilities Approach, also known as the human development approach....Nussbaum explains the structure and practical implications of the approach, compares it to other philosophical stances, and gives many examples of NGOs and various innovative programs for empowerment." -Book News, Inc. ©2011

Not for Profit: Why Democracy Needs the Humanities
by Martha C. Nussbaum (Book--2010)

"This book could not be more timely nor more on target. Martha Nussbaum argues that education has become increasingly utilitarian, market-driven, career-oriented, and impoverished in its attention to the arts and humanities. The arts and humanities don't necessarily make people humane and creative, but they are, Nussbaum argues, required for Socratic examination and self-examination. If we agree with Socrates that the unexamined life is not worth living, then we need Nussbaum's argument."
-Peter Brooks, Princeton University 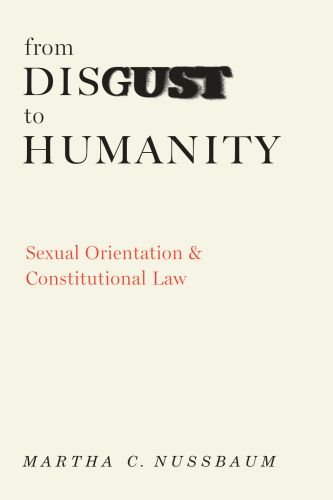 "A meticulous consideration of the legal issues surrounding same-sex relations grounded in a far-reaching investigation of how the notion of disgust has determined both civil legislation and public opinion...as the recent public discourse about empathy among Supreme Court judges indicates, Nussbaum's passionate advocacy of the power of imagination is profound and timely." - Publishers Weekly 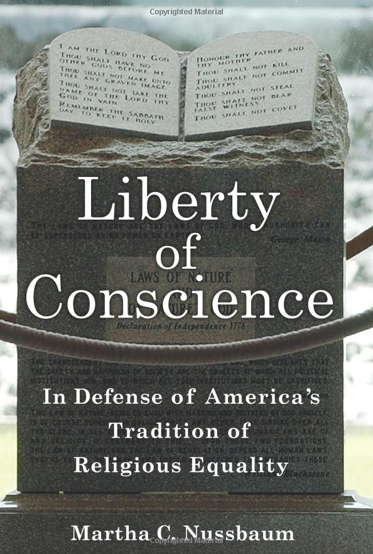 Liberty of Conscience: In Defense of America's Tradition of Religious Equality
by Martha Nussbaum (Book--2008) | [E-BOOK]

"In one of the great triumphs of the colonial and Revolutionary periods, the founders of the future United States overcame religious intolerance in favor of a constitutional order dedicated to fair treatment for people’s deeply held conscientious beliefs. It granted equal liberty of conscience to all and took a firm stand against religious establishment. This respect for religious difference, acclaimed scholar Martha Nussbaum writes, formed our democracy. Yet today there are signs that this legacy is misunderstood....Liberty of Conscience is a historical and conceptual study of the American tradition of religious freedom." -Publisher 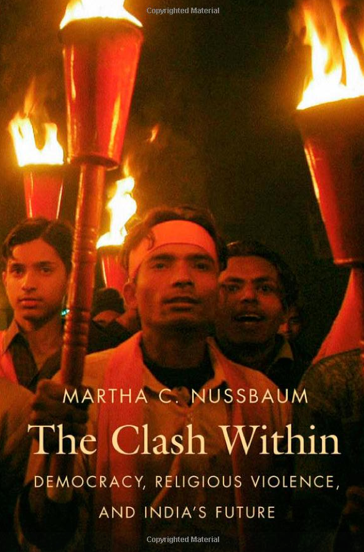 "While America is focused on religious militancy and terrorism in the Middle East, democracy has been under siege from religious extremism in another critical part of the world. As Martha Nussbaum reveals in this penetrating look at India today, the forces of the Hindu right pose a disturbing threat to its democratic traditions and secular state....Ultimately Nussbaum argues that the greatest threat comes not from a clash between civilizations, as some believe, but from a clash within each of us, as we oscillate between self-protective aggression and the ability to live in the world with others." -Publisher 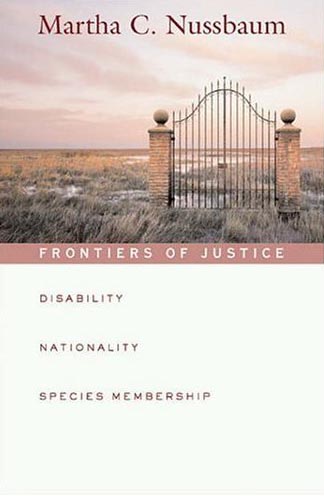 "Taking up three urgent problems of social justice neglected by current theories and thus harder to tackle in practical terms and everyday life, Martha Nussbaum seeks a theory of social justice that can guide us to a richer, more responsive approach to social cooperation. "
-Book Jacket 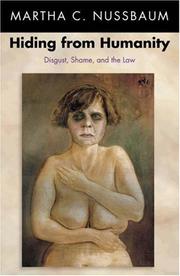 Hiding from Humanity: Disgust, Shame, and the Law
by Martha Nussbaum (Book--2004)

"This powerful and elegantly written book, by one of America's most influential philosophers, presents a critique of the role that shame and disgust play in our individual and social lives and, in particular, in the law. Martha Nussbaum argues that we should be wary of these emotions because they are associated in troubling ways with a desire to hide from our humanity, embodying an unrealistic and sometimes pathological wish to be invulnerable. She argues that disgust should never be the basis for criminalizing an act, or play either the aggravating or the mitigating role in criminal law it currently does. Drawing on an extraordinarily rich variety of philosophical, psychological, and historical references -- from Aristotle and Freud to Nazi ideas about purity -- and on legal examples as diverse as the trials of Oscar Wilde and the Martha Stewart insider trading case, this is a major work of legal and moral philosophy." -Book jacket. 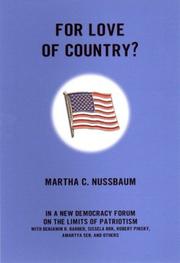 "After the terrorist attacks on the Pentagon and the World Trade Center, American flags appeared everywhere. Is patriotism a good response at a time of national crisis? What does it mean for us to think of ourselves as a nation first?With our connections to the world growing stronger and more vital than ever, Martha C. Nussbaum argues that we should distrust conventional patriotism as parochial and instead see ourselves first of all as "citizens of the world." Sixteen prominent writers and thinkers respond, including Benjamin R. Barber, Sissela Bok, Nathan Glazer, Robert Pinsky, Elaine Scarry, Amartya Sen, and Michael Walzer."  -Publisher

The Fragility of Goodness: Luck and Ethics in Greek Tragedy and Philosophy
by Martha Nussbuam (Book--1986/2001)

'"This book is a study of ancient Greek views about 'moral luck'. It examines the fundamental ethical problem that many of the valued constituents of a well-lived life are vulnerable to factors outside a person's control, and asks how this affects our appraisal of persons and their lives."
-Publisher