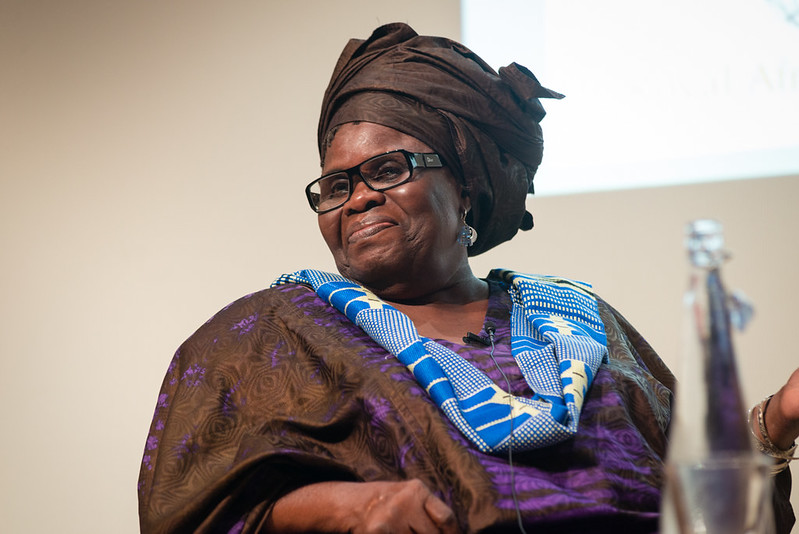 "I believe that although the human imagination is boundless, it can only ride on the realities of our individual lives.

We dream out of who we are and something of our tangible lives is bound to be part of our writing..."

In this interview, originally conducted on January 29, 1992, Aidoo discusses her feminist perspective, African nationalism, and the portrayal of African immigrants in her work.

MLA International Bibliography is the definitive literary research database, indexing the most authoritative Aidoo scholarship published in books and academic journals. MLA indexes and links to the entire JSTOR literary research collection as well as linking to many other full-text providers and the Colby College Libraries catalog.  If you discover books or articles through MLA that are not available at Colby or through our lending partners, please request these items using your ILLiad Account.