Entered service on October 5, 1861 as 1st Lieutenant of Co. F – First Maine Cavalry.  By November of 1863 he had risen to Lieut-Colonel, and at times he commanded the regiment.  Quote from file: “The first Maine had more men killed in action than any other cavalry regiment.  Lieut-Colonel Boothby was one of its more distinguished officers.”

May 10, 1864: “(Grant has sent Sheridan with the entire corps of cavalry around behind the confederate lines in drive straight for Richmond and a final show-down with Stuarts Cavalry.  The wild cavalry melee that ensued, lasting two or three days, resulted in Federal victory, in the deaths of Confederate Generals Stuart and Gordon; and, incidentally, the death of Lieut-Col. Boothby)- “The rebels during the night had succeeded in getting a force in our front.  Companies D, K, & A charged them under Lieut-Col. Boothby who received a severe wound which terminated in his death shortly after.”  Boothby was mortally wounded at Beaver Dam Station, Virginia in 1864, and later died on June 5, 1864 in Point Lookout, Maryland. 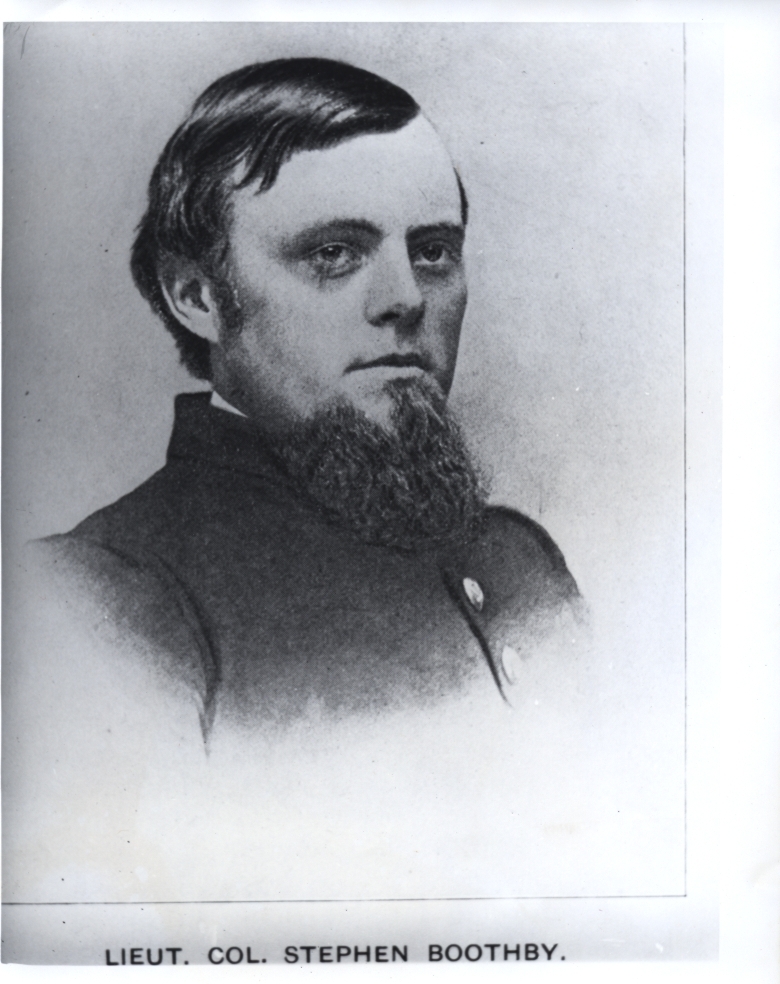