When doing research related to sexualities, it is important to have a firm grasp of the concepts involved, because the terminology is imprecise. There are four areas to consider:

GENDER IDENTITY This refers to an individual's own definition of self. It is usually, but not always, congruent with their biological sex. Relevant terms include: woman, man, transsexual, transgender, male-to-female, female-to-male, bigender.

GENDER EXPRESSION This refers to the type of behavior an individual displays; definitions of each concept are often heavily influenced by one's culture. Relevant terms include: feminine, masculine, androgynous, cross-dressing, transvestite.

ORIENTATION/ATTRACTION This refers to the types of sexual, emotional, social, and political bonds people form. One must also distinguish between self identity, behavior, and perceived identity; they may be different for the same person. Relevant terms include: homosexual, heterosexual, bisexual, monosexual, asexual, lesbian, gay, queer.

It is important to note that these terms are not used consistently from source to source. Instead of "gender", SocioFile uses the terms "sex roles" or "sex" for subject headings, thus confusing sex and gender. Psych Info lists subject headings "masculine" and "feminine" under "gender identity". Many sources don't even include "intersex" or "transgender" as subject headings, and so one must rely on keyword searching for those topics. Materials published by the medical or scholarly communities will often use terms for non-traditional groups rather differently from those who are members of those groups.

In short, one must be flexible, creative, and thorough in selecting terms when one is doing research in sexualities. 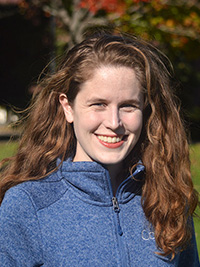